The main reason that people call 509-574-1939 is to find out if a particular person is in custody, although you can look up an inmate online by going here. You can also get answers to whatever questions about an inmate, and the services for Yakima County Jail that you may have by clicking on any of the questions below:

Every year the Yakima County Jail has approximately 16000 bookings, with a daily average of 800 inmates and maintains control of the facility with a staff of 200.

The Yakima County Jail is equipped with a state-of-the-art locking system, closed circuit cameras covering every area where inmates are located, and jail staff that utilize a communication system that keeps each of the guards and civilian staff in constant contact.

For other jails in Yakima County, jails in neighboring counties, and local police jails and juvenile detention centers for young offenders under age 18 in this county, click here.

Unlike the Washington Department of Corrections, where inmates are sent once convicted of a crime and sentenced to a period of more than a year, the Yakima County Jail System is populated by short-term offenders; those who have just been arrested and awaiting to be bonded out by friends or family, those who cannot afford or get bailed and are awaiting trial, or those who have already been convicted of a crime and sentenced to a term of less than one year. Many of the latter inmates become ‘workers’, who can reduce their sentence by performing jail maintenance or working in the kitchen. An upside to being a worker is they also get paid a small stipend so when they get released, they have a few dollars in their pocket.

Inmates that are convicted of a misdemeanor and/or sentenced to less than one year of a state crime serve their time in the Yakima County Jail.

To send a commissary carepack (food, snacks and goods) directly to an inmate in Yakima County Jail follow these steps:

For all information, tips and available items for shipping Commissary packages to an inmate in Yakima County Jail, as well as sending money to the inmate so that they can purchase their own items, check out our Commissary Instructions Page for Yakima County.

To set up a phone account so that your inmate can call you from Yakima County do the following:

To find out fees, how to's, calling times, limits on phone calls and other systems Securus has do that you can communicate with your Yakima County inmate, check out our Inmate Phone Page.
NOTE: All of your inmate's phone calls are recorded and stored. It is advised not to discuss their pending case.

How to Schedule and Visit an Inmate in Yakima County Jail

Gone are the days where Yakima County Jail supervised their own phone system, mail system, visitation, commissary and inmate money deposit systems. Jails throughout the United States are now partnering with high tech companies to provide and manage these servives for them and the jail in Yakima County is no different.

Everything from video calls, to messages to visitation, and even digital mail and money deposits can be done from your home computer or personal device. Inmates in Yakima County Jail, if they don't already, will soon have their own personal tablets for watching movies, TV shows, access to educational and and legal information, and more.

As Yakima County Jail adds these services, JAILEXCHANGE will add them to our pages, helping you access the services and answering your questions about how to use them and what they cost. 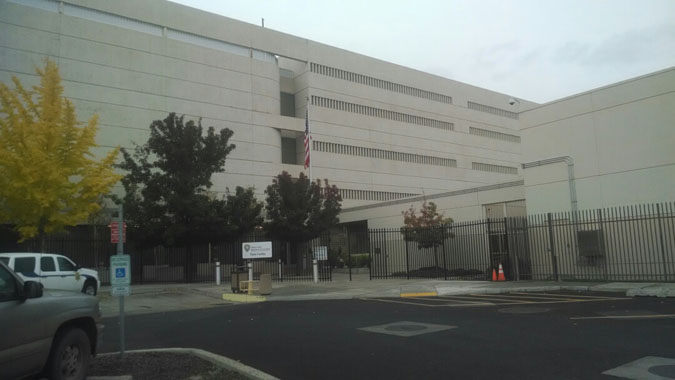 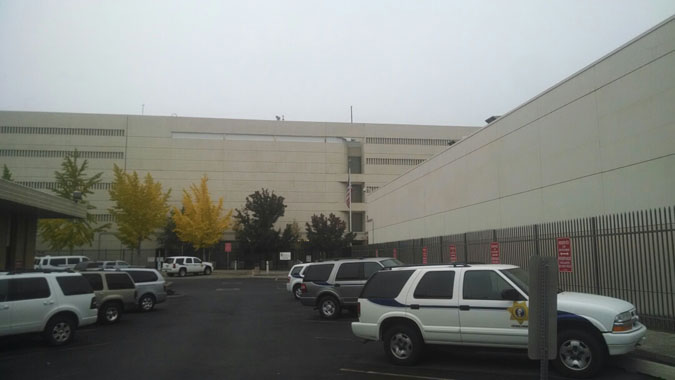 How many people work at the Yakima County Jail in Washington?
The Yakima County Jail maintains a staff of approximately 200. Staff positions include correction officers, maintenance, clerical, kitchen workers and management. Washington law allows for inmates to work alongside the paid staff during their incarceration, saving the facility money. Even though the inmates are paid, the cost is less than 15% of what a normal worker from the outside would be paid.