The main reason that people call 530-621-6000 is to find out if a particular person is in custody, although you can look up an inmate online by going here. You can also get answers to whatever questions about an inmate, and the services for Placerville Jail that you may have by clicking on any of the questions below:

Every year the Placerville Jail has approximately 5500 bookings, with a daily average of 275 inmates and maintains control of the facility with a staff of 68.

The Placerville Jail is equipped with a state-of-the-art locking system, closed circuit cameras covering every area where inmates are located, and jail staff that utilize a communication system that keeps each of the guards and civilian staff in constant contact.

For other jails in El Dorado County, jails in neighboring counties, and local police jails and juvenile detention centers for young offenders under age 18 in this county, click here.

Unlike the California Department of Corrections, where inmates are sent once convicted of a crime and sentenced to a period of more than a year, the El Dorado County Jail System is populated by short-term offenders; those who have just been arrested and awaiting to be bonded out by friends or family, those who cannot afford or get bailed and are awaiting trial, or those who have already been convicted of a crime and sentenced to a term of less than one year. Many of the latter inmates become ‘workers’, who can reduce their sentence by performing jail maintenance or working in the kitchen. An upside to being a worker is they also get paid a small stipend so when they get released, they have a few dollars in their pocket.

Inmates that are convicted of a misdemeanor and/or sentenced to less than one year of a state crime serve their time in the Placerville Jail.

How Does an Inmate Make Phone Calls in Placerville Jail?

To receive phone calls from an inmate in El Dorado County follow these instructions:

Placerville Jail uses the services of NCIC for inmate phone calling. It is called a ‘friends & family account”.

NOTE:
1.   You cannot receive any calls to your phone number from your inmate until both you and your phone number are registered.
2.  When you do receive a call, the number you will view on your phone from the incoming call is: 800-943-2189.
3.  When allowed by Placerville Jail, families can also leave secure voicemails for inmates to listen to.

To send a commissary carepack (food, snacks and goods) directly to an inmate in Placerville Jail follow these steps:

For all information, tips and available items for shipping Commissary packages to an inmate in Placerville Jail check out our Commissary Instructions Page for El Dorado County.

How to Send Money to an Inmate in El Dorado County

To send commissary money to an inmate in Placerville Jail follow these steps:

For all information on how to Send Money to an inmate's account, what the fees are, how long it takes to hit their account and more, check out our full money and commissary guide for Placerville Jail.

Placerville Jail uses the services of correctpay.com (aka JailFunds) for you to schedule and visit your inmate via remote video visitation.

You can ‘video visit’ your inmate one of three ways:

Go here to begin the process to schedule a visit.

For all the information on remote video visits and 'at the jail' visitation for Placerville Jail, including fees, schedules, how it works and more, check out our Visit Inmate Page.

For all information, tips and available items for send money and for shipping Commissary packages to an inmate in Placerville Jail check out our Commissary Instructions Page for El Dorado County.

To send a secure email message and digital photos to an inmate in Placerville Jail follow these steps:

For all information on how to Text/Email an Inmate in Placerville Jail and send them photos, check out our Secure Messaging Guide for El Dorado County.
24/7 Customer Service - 855-836-3364

Gone are the days where Placerville Jail supervised their own phone system, mail system, visitation, commissary and inmate money deposit systems. Jails throughout the United States are now partnering with high tech companies to provide and manage these servives for them and the jail in El Dorado County is no different.

Everything from video calls, to messages to visitation, and even digital mail and money deposits can be done from your home computer or personal device. Inmates in Placerville Jail, if they don't already, will soon have their own personal tablets for watching movies, TV shows, access to educational and and legal information, and more.

As Placerville Jail adds these services, JAILEXCHANGE will add them to our pages, helping you access the services and answering your questions about how to use them and what they cost. 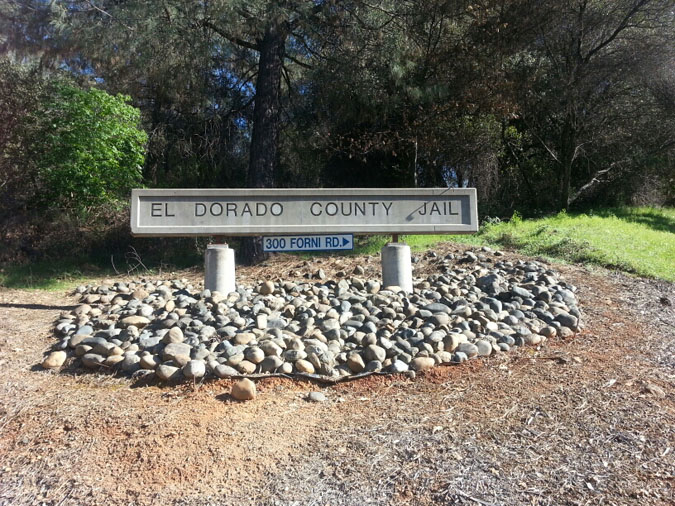 How many people work at the Placerville Jail in California?
The Placerville Jail maintains a staff of approximately 68. Staff positions include correction officers, maintenance, clerical, kitchen workers and management. California law allows for inmates to work alongside the paid staff during their incarceration, saving the facility money. Even though the inmates are paid, the cost is less than 15% of what a normal worker from the outside would be paid.

Does the Placerville Jail in California have an inmate search or jail roster to see who is in custody?
Yes, the Placerville Jail in California has an Inmate Search Roster feature. Learn more about how to search for an inmate in the Placerville Jail. When you get to this page click on the big green button that reads 'OFFICIAL Placerville Jail INMATE LIST'. After clicking on the link, type in the offender's name and then click 'search'. You can always call and speak to someone on the staff at 530-621-6000 if you are have further questions. In most cases the Inmate Roster provides information about the inmate's bond, criminal charges, mugshot, and even their release date, as long as they are not being sent to a California prison or the US Bureau of Prisons to serve a sentence that is longer than one year.

How do I bail or bond an inmate out of the Placerville Jail?
Call 530-621-6000 for the type of bond and any information that is required for a particular individual at Placerville Jail. A bond is set according to a court-approved schedule. You will either have to pay a cash bail, or put up a private, surety or a property bond to guarantee to the court that the defendant will return on their assigned court date. Learn more about how to bail or bond out an inmate in the Placerville Jail.