To locate an inmate in the Lucas County Corrections Center look through the Daily Booking Summary or call the jail at 419-213-4945 for further information. WARNING: The Booking Summary only has information about the most recent offenders arrested. The Booking Summary contains images of inmate's mugshots, their criminal charges and other personal information. For those who have been incarcerated for more than a week you can look them up on Vinelink Offender Search or by accessing the database of the jail's inmate phone service, GTL.

For other jails in Lucas County or in neighboring counties, go here.

Calling Friends & Family from Lucas County Corrections Center
•    How Do Inmates Call?
•    What Phone Service Do They Use?
•    What is the Cost?
•    Prepaid Cards or Collect Calls?
•    Emailing Text & Photos

About the Lucas County Corrections Center

The Lucas County Corrections Center, located in the city of Toledo, in Lucas County, Ohio is a medium to maximum-security facility.

Correctional officers in Lucas County Corrections Center are armed with mace and trained to use physical force to protect themselves, visitors and inmates from violence.

View 9 photos of this facility 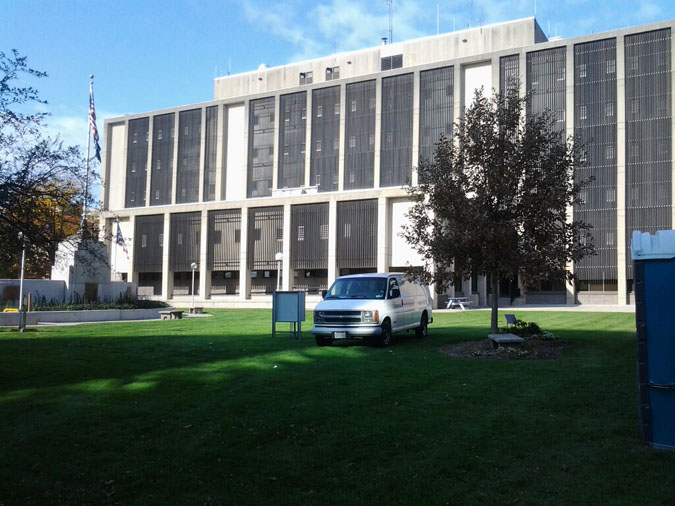